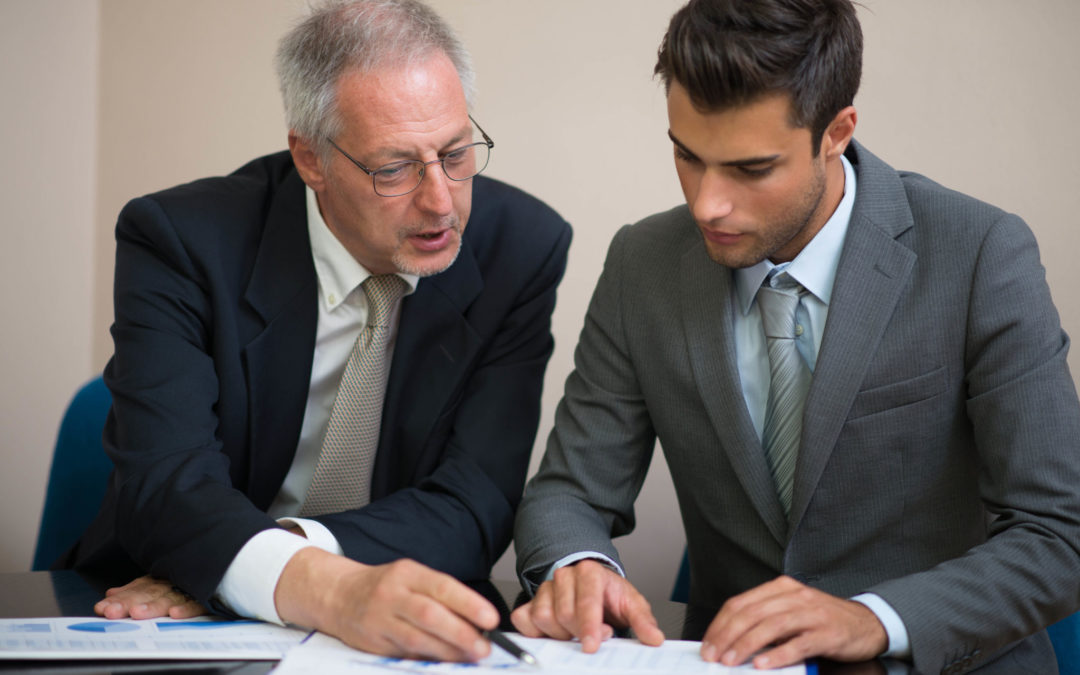 Employee reviews in the workplace are common. They’re important to eliminate problems and encourage morale. They might even be viewed as a way for companies to remove those who aren’t productive and reward those who are.

They’re designed for one-on-one conversations between a supervisor and his/her employee. Anyone who’s experienced these meetings will tell you it isn’t as easy as it probably should be. A supervisor doesn’t relish giving an employee negative feedback anymore than the employee wants to hear it.

There is a colossal communication barrier that gains strength throughout the chatter. When the supervisor is spelling out the details of poor responses to tasks, unfulfilled expectations and even less than acceptable behavior, what he’s really saying is: “I’m disappointed and expected more from you.” Meanwhile, the employee hears: “You’ve failed. Start packing up your desk.”

Is there a way to chip away at that communication barrier, or better yet, avoid building it altogether?

There is. But it takes a bit of work with both parties.

What the review process is about

The review process is about strengthening relationships and expectations. It’s about seeking out talent in employees and using it to the full within the organization. When the employee understands his boss’s goals and expectations, he’s driven to improve his skills.

It isn’t about what’s pleasing to the boss; it’s about viewing the workplace collectively, knowing that each person has a part in its success. Every employee is held accountable to the company’s growth and making it thrive. Taking ownership means you assume responsibility, for both failures and successes.

But to reach that point, the proper communication between leadership and employees is key. While a level of authority still remains, the atmosphere should be one of ease. Leaders should encourage employees to use their skills, speak out when necessary, and not be afraid to take risks. And leaders have the responsibility to show that by example. When leaders are willing to take risks, admit when they’ve made a mistake if it doesn’t work, then follow through by moving forward and learning from the event, employees feel better about taking chances and testing where their talents might be the strongest.

What are some of the challenges facing both supervisors and employees with the review process, and how can they be overcome?

Lack of a relationship

There has to be a clear distinction between leaders and employees. Leaders shouldn’t set themselves up to be counterparts because their responsibilities are different and there may be times they have to be the “bad guy.” But they shouldn’t take a rigid stance to the point that they are viewed as a tyrant, either. However, they can make themselves available and be a positive role model.

The communication barrier is raised more often when supervisors hide behind a desk, and the only time employees are asked to see the boss is if there is a problem. When supervisors show their employees they have responsibilities that do not include them and their input isn’t required, they create a tense atmosphere.

A relationship can only strengthen when a supervisor is with his employees; when he roams the floor and asks: How are things going? What can I do to assist? What challenges are you facing? What solutions have you surmised? He follows this by rolling up his sleeves and digging in to help. These are opportunities to develop a better rapport with his employees. It shows them he not only cares, but he’s willing to help.

The yearly review becomes less cumbersome. The supervisor understands his employees better on an individual level.

When an employee isn’t performing at an expected level, it might come out in a review. Supervisors shouldn’t soften the issue; the employee was hired to do certain tasks and he isn’t living up to those expectations. However, supervisors should be firm and outline in detail the concerns, the expectations and the solutions. The supervisor will also want to listen carefully to his employee, try to understand any causes to the problems, and offer the employee an opportunity to improve. He should give the employee the chance to propose his own solutions by asking him how he thinks he should proceed to fix it.

Reviews are viewed as a firing tool

There are times when this might be necessary. But some employees have been surprised at the news during that yearly review that their performance hasn’t been productive. Yearly reviews should ultimately be positive. They should be to offer praise, encourage growth and yes, promise that needed raise in salary.

Is it appropriate then to use that yearly review as the time to criticize performance?

What would be more effective is a conversation with that employee before then. Poor judgment on a project or a bad decision by the employee should be addressed immediately while the event is fresh. An employee might not realize he made a lousy decision and it’s better he know immediately before he makes the same mistake. Work with him so he understands where he went wrong, what he learned from it, and what he can do to fix it. Then give him a set time to do so. If there is a pattern of shoddy judgment, the issue can be raised weeks before the review. Having these discussions before the unsatisfactory behavior worsens can create a more positive outcome, both for your business and the employee.

If an employee receives a substandard score during his review, that means he doesn’t receive a raise and he might lose his job. The company has to hire someone to take his place, and that escalates into a whole lot of time, money and delay in positive production. How much better it is to work with the employee you have and nip problems in the bud.

What if it’s his behavior? He should repair that to. Explain how his behavior is affecting others and what steps he should take to change. Then give him a set time to do so.

Is he insubordinate? Questioning the boss on every decision? Those are serious problems. Tell him. Try to understand the root of the problem if you can, but be firm and explain why this behavior is unacceptable. Then set a time limit for him to adjust his attitude.

Employees appreciate the opportunity to show their worth when they are, in a sense, pulled aside and told: “Hey, this is what I noticed and you need to fix it.” If they demonstrate a willingness to change by taking the necessary steps to do so, they’re showing you that they want to grow. They accept that they were wrong and they do something about it. That takes courage and humility. In this way, their official yearly review becomes a positive event and tensions between the employee and the supervisor are softened. Everyone can move forward.

But if the employee refuses to change following these early conversations, he’s demonstrated that he does not have the potential for growth within the company. His review is, unfortunately, not a happy one.