What CEOs can learn from movie producers and directors 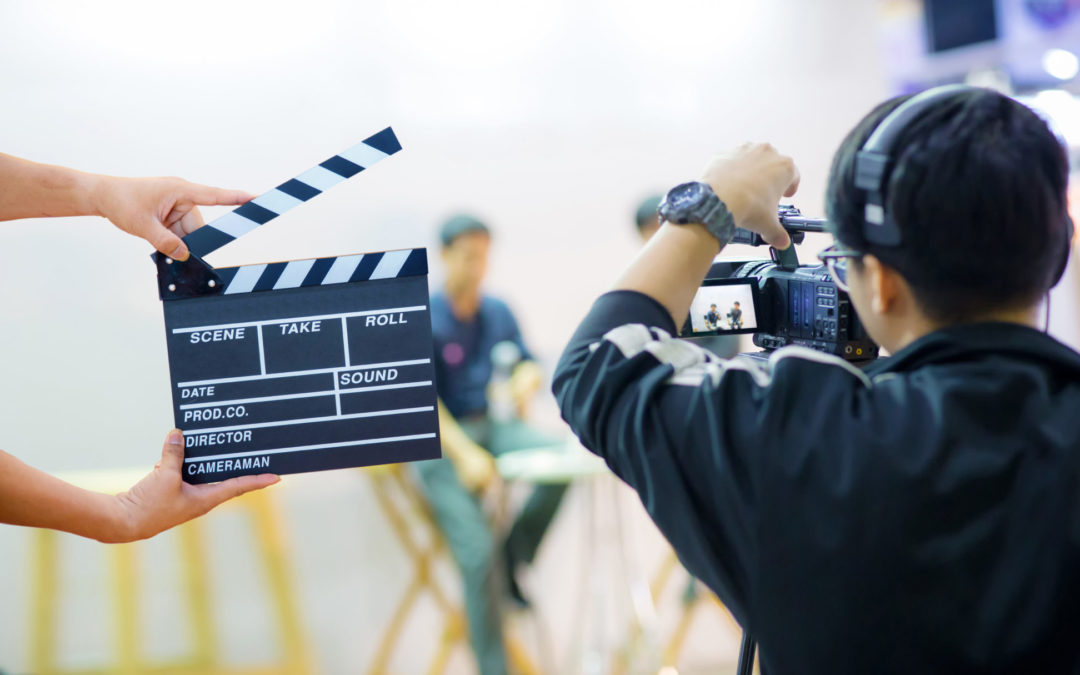 Do you ever watch the “behind the scenes” or “making of” the movies you enjoy? The behind-the-scenes story of one movie I watched revealed some interesting insights not only of the movie, but how producers and directors operate and what CEOs and other executives can learn from their examples.

The director of the movie was involved with the process from start to finish. He didn’t stand aside and give a laundry list of orders and tasks, then cringe when they weren’t followed. Instead, he stood with the actors, worked with them, sometimes acting out the direction he was aiming to capture on film — the right scene, the right feeling. But it didn’t mean the actors had to follow his exact motions. What it helped them to realize was the director’s goal. Once they understood that, they took his ideas, combined them with their unique abilities, and ultimately exceeded his expectations.

He did the same with the dancers. He was not a dancer, but he worked with them to envision the scene he had in his mind and bring it to life with their incredible talents.

The producer was also open to suggestions from the director. They worked as a team with a common goal: make an awesome movie. They wanted this movie to be superb and to live up to viewers’ particular expectations. Sometimes this meant the producer acquiesced to the director’s creative ideas, and vice versa.

What does this tell us about the behaviors CEOs and other C-Suite executives should have? How can certain attitudes and mindsets help us to reach our goal?

Be present and work with your hands

Both the producer and director were on the set from the very beginning. They worked with set designers, actors, dancers, costumers — everyone involved — because even a seemingly small piece that viewers would not notice, could affect the outcome of the project.

The takeaway for business leaders is that they need to be present and available. They should be clear with everyone on the team and within the company about what the goals are, what their expectations are in reaching those goals, and how everyone fits into that equation. When employees see that their managers, leaders and executives are interested first-hand in the project or objective, it motivates employees to give their best.

C-Suite executives have a lot on their plates, but their main role should be to be part of the team, rather than stand on the sidelines. If you try to persuade employees to do something that you haven’t done or aren’t doing, you cannot expect them to be motivated.

If you try to persuade employees to do something that you haven’t done or aren’t doing, you cannot expect them to be motivated.

Every organization has a vision or main goal. It is hoped that everyone in the C-Suite lineup shares that vision. But the CEO in particular is clear on the business’ concept, so what he or she needs to do is explain that concept to everyone else.

The CEO should be passionate about the goals and projects needed to reach that vision. He or she cannot hide nor fake that passion.

Motivating talks are great, but they’re brief and they are unable to inspire individuals long term. Instead, leaders must show their team their vision by using examples, even from other companies (except how to do it better!). Draw pictures if you must, share a video, or act out a scene to show the result. Most people have trouble visualizing something they cannot see, so give them a visual they can understand.

Be open to and encourage suggestions

Businesses today tout the value of innovation. Executives need to encourage their talented employees to share their ideas that will help in reaching the objective. C-Suite executives need to work together and share their ideas openly, and not be afraid to pass the torch to someone else with a better idea. Often, the best ideas come from the ideas that are spoken out loud. This shows the team and employees that creative ideas are welcomed and nurtured.

Have fun and interact with others

The enjoyable part of a behind-the-movie-scenes is watching the interaction with everyone on the set. When people are laughing and simply having fun with what they are doing, it never feels like work. The atmosphere is relaxed, and people do much better work in a happy environment.

Employees should feel the same. Since most are searching for purpose in their jobs and want to be appreciated for their value, an environment that is conducive to camaraderie is a productive environment. Executives who interact with their employees and put them at ease, will have a more loyal and stable employee foundation.

Most people need to have a purpose when they walk through the office doors — they need motivation to do their jobs. If each project is exciting and meaningful, then productivity will be at its best.

Executives should show employees that they enjoy their jobs and working with their team. Pushing people to meet production goals causes stress and anxiety and creates hazards in the workplace. But working with people, laughing with them, and encouraging them as they do their tasks, will not only help you meet your goals, but exceed them.

And in the end, your vision will be better than you imagined.